To Lake Bled by train 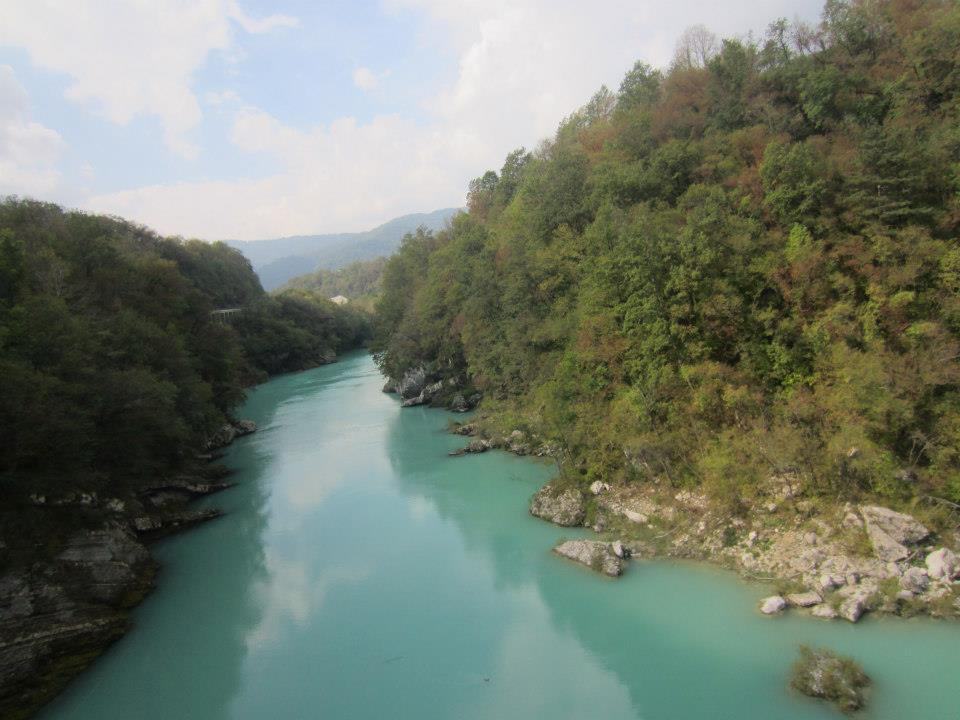 The easiest way to get to Lake Bled is to fly to Ljubjlana, the capital of Slovenia, and get the bus from there. But the most scenic route has to be by train. Take the two-hour Transalpine trip from Nova Gorica – one of Europe’s most picturesque train journeys.

It takes something special for me to stand up for a whole journey with my head out the train window like an excited child, but that’s exactly what I did on the way to Bled (and on the way back, too).

Two stations serve the lake – Bled Lesce, which is 4km away and no use to anyone, and Bled Jezero which is the one you want to aim for. It’s at the lake’s western edge and is about a half-hour walk to the hotels of the resort centre.

A one-way ticket from Nova Gorica to Bled Jezero costs just €6.22. The service is not at all busy so there’s no need to book in advance or queue – just turn up and get a window seat on the left of the train for the best views. Slovenian Railways has a very user friendly website in English here for timetables and prices. The trains are clean and comfortable inside, but their outsides are covered in graffiti.

As the 11.15 rattled away from Nova Gorica station on time, the sights and smells came thick and fast. First up was the stadium and imposing floodlight pylons of ND Gorica, “giants” of Slovenian football with four league titles. Then for the first hour, the train follows the route of the River Soča which runs from its source in the Julian Alps down to the Adriatic off the coast of Italy (where it is known as the River Isonzo). The Soča is initially on the right of the train but soon switches to the left, as you pass the rolling hills and greenery of Brda, Slovenia’s wine country.

Although it was a warm and sunny day, the train’s heating was on so I opened the window and stuck my head out to breathe in the fresh air and aroma of the great outdoors. I nearly smacked my head a few times, as we passed through numerous tunnels on our 80km journey north. The vineyards and hills were soon replaced by pine forests and mountains, as we made the first of a dozen or so stops en-route to Bled Jezero.

One thing that will hit you straight away is the gorgeous turquoise colour of the glacial waters of the Soča. You will see fly fishermen in the gently flowing parts of the river – further north near the river’s source is the town of Bovec, which is a big rafting and extreme sports centre.

The Soča valley was selected by location scouts as the setting for the film Chronicles of Narnia: Prince Caspian – not surprising really, as the area is a bit of a magical wonderland. While we didn’t see any lions or witches, we did see the occasional eagle.

As you pull away from the biggest station stop on the journey – Most na Soči (population 236), it’s just you, the train and nature.

The whole of Slovenia is home to just two million people (size-wise it compares with Wales), and this part of the country is so sparsely populated and forested. Your ears might start to pop as the train goes through mountain tunnels on the approach to the Julian Alps.

This stretch of railway was constructed to connect Vienna and Central Europe to the Adriatic port of Trieste under the old Austro-Hungarian empire. There are seasonal tourist-only steam trains to Bled from Gorizia, but it’s cheaper and more fun to make the journey yourself.

It’s quite difficult to take photos of the river from the moving train so check out my video above. Apologies for the few seconds of darkness – this was due to us unexpectedly entering a tunnel.

You can read all about getting to Nova Gorica and Gorizia in Italy, here.