Antwerp is world-famous for its fashion and diamonds, but more importantly for its dark and delicious De Koninck beer. There are literally hundreds of beers to choose from on a night out in Belgium’s second city, so it takes something special for you to order the same one twice. In my two night stay in Antwerp, I didn’t consider ordering anything else after my first De Koninck. 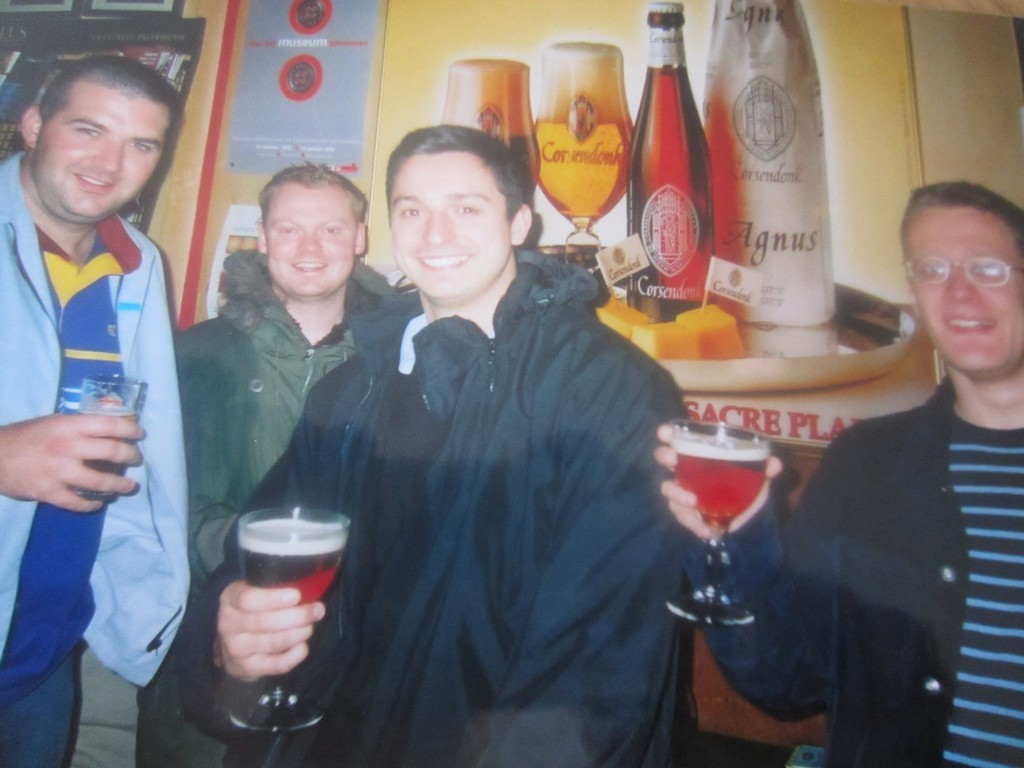 On my first visit to Belgium back in 2002, it was love at first sight when I wrapped my fingers around a glass of Antwerp’s signature beer, De Koninck.

As you all know by now, every Belgian beer has its own glass which comes in a size and shape to suit the characteristics of the beer itself. De Koninck’s is round in shape, so is naturally and hilariously called a Bolleke. I’m sure the joke is wearing thin with bar-staff, but ordering two big Bollekes is great fun.

It’s dark ruby in colour and tastes a lot nicer than it looks, going down dangerously easily for a 5.2% beer. Every bar in town sells De Koninck – the locals are proud of their amber nectar. Each Bolleke has is embossed with the emblem of Antwerp – a hand – you will see hands all over the place.

According to legend, a giant demanded a toll from anyone crossing the River Scheldt in Antwerp, and those who refused had a hand cut off and thrown away. People had had enough of the bullying giant, so a local hero called Brabo cut the giant’s hand off himself, and threw it in the river. The name Antwerp comes from the Dutch words for “hand throw”.

De Koninck is available to buy in bottles from shops in the UK, but on draught it tastes a bit creamier, and it’s just not the same if it’s not in a Bolleke.