And the prize for heaviest onion goes to…

Many men may dread staying with the in-laws, but as my wife’s family lives near the seaside town of Padstow in Cornwall, visiting is a joy. On my most recent trip there, I was lucky enough to pay a visit to the 87th annual St. Merryn Gardening Society Show to experience a slice of quirky British community spirit.

Within half an hour, I’d amassed enough material for an improved episode of ‘Cornwall with Caroline Quentin’. Or for a low-budget light-hearted British comedy film, possibly starring Jim Broadbent.

There were various categories in the show for vegetables, flowers, cakes and pies open to anyone willing and able to pay the 5p entrance fee. With first prize paying 30p, second prize 20p and third prize 10p, nobody was going to get rich but they could have fun trying.

Kat’s family has a bit of a pedigree when it comes to these shows. Her Grandad, Stan Thomas, was North Cornwall Onion Champion for two successive years in the 1960s, but lost his mantle to one Geoffrey Rowe who later became known as Jethro, the blue comedian.

Stan has now hung up his trowel, so it was up to Kat’s Uncle Clive to regain some family pride. With categories such as Longest Runner Bean and Heaviest Onion, Clive blew away the opposition winning at least a dozen prizes, and a best in show rosette for his awesome onions. 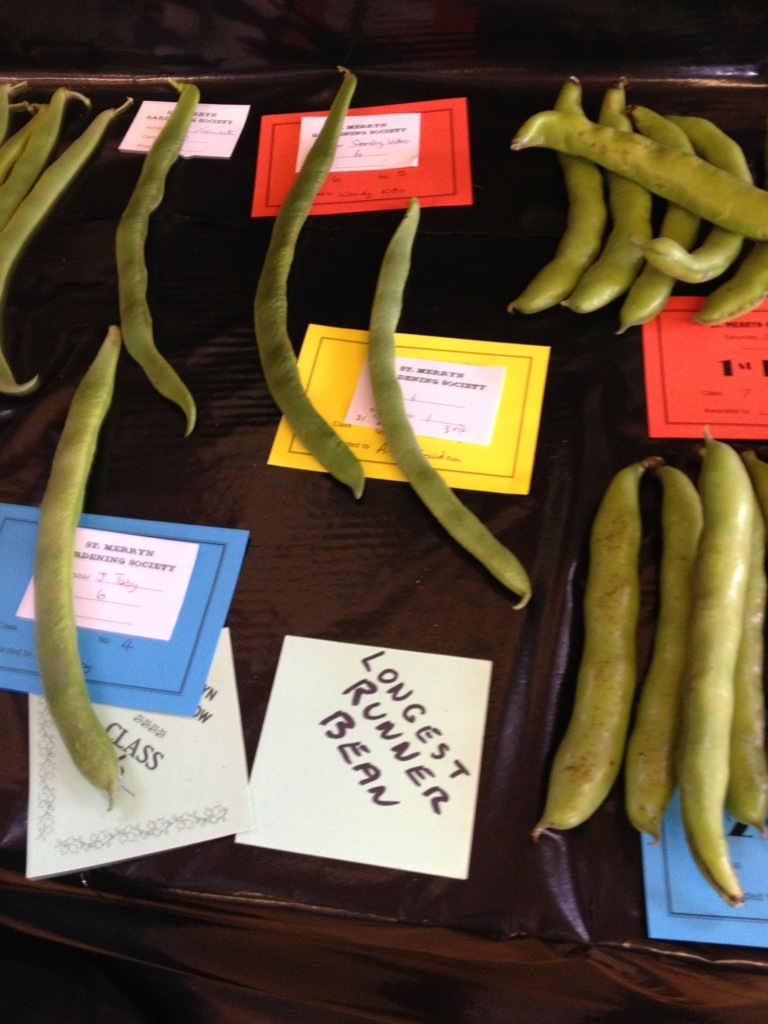 Hilariously, the reigning champion – a man in his seventies – stormed out in disgust when he found out he had been beaten. He could have submitted a written objection to the judging panel but chose not to, perhaps put-off by the 50p fee for representations.

Clive failed to comply with the rule stating that all prize money must be collected by 6pm as he was getting ready to go to work, so forfeited his winnings. He said he wouldn’t miss his £3.25 – after all, it’s the taking part that counts, not the winning.