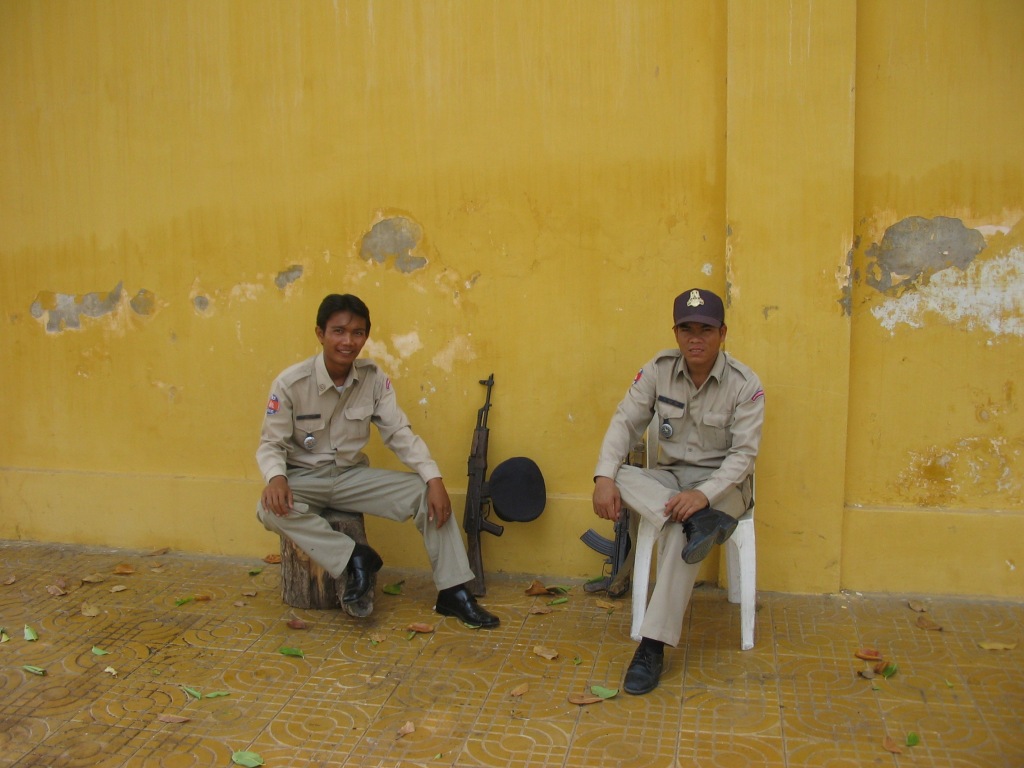 I have often been accused of my gushing praise for destinations, making some people believe I am working on behalf of the tourist board. This is not the case and I have never accepted payment to promote anywhere – I’ve just fallen in love with everywhere I’ve been. Except, that is, the hell-hole that is Cambodia.

Everyone seems to love Cambodia, but I hated every second of my week there. Back in 2006, I travelled solo on the South East Asia backpackers circuit for a while en-route to best man duties at a wedding in Koh Samui, Thailand.

Although I despised the place, I came home with some good photos and funny stories to share.

After three wonderful days in Bangkok, it was time to catch a ridiculously early flight to Phnom Penh, Cambodia’s capital city.

The first inkling I had that I wasn’t going to like this place came in my taxi from the airport – the driver was intent on selling me a “small child” for $10. When I politely declined, saying I was just here to have a few beers and see some temples, he looked at me as if I was some kind of pervert.

When we got to my hotel, fat American tourists were having breakfast with their Khmer schoolgirl purchases – clearly my taxi driver had done some business with this lot.

I had to get out, and took a stroll in the 45°C heat with my camera. The first picture I took was of the two guards (top pic) outside the Royal Palace with their Kalashnikovs. I love the way one looks chuffed to bits to be photographed, while the other wants to shoot me.

As I kept walking, children who had been playing, washing and doing god knows what else in the Tonle Sap river, ran up to me begging for “dollar”.

One lad was pushing his brother (who had no legs) on a trolley. The country’s landmine legacy has led to amputees and orphans aplenty and extreme poverty, so I was happy to put my hand in my pocket.

After a few more minutes of hand-outs to beggars (I felt like the Pied Piper of Hamlyn being followed by street-kids), I had to get out of the heat so popped into a bar for a cold Angkor beer.

I love the sign (above) that greeted me at the entrance, and thought it fortunate that I’d left my hand-grenades back in the hotel. A friend from home had recommended a bar to me in town called Heart of Darkness, but this was actually closed at the time because a punter had shot a few people dead.

As I sat with my beer, a local asked me if I’d like to go to a shooting range with him where I could bazooka a cow for $10 or machine-gun a chicken for $1. Unsure if this was true, or a scam to rob and kill me, I politely declined and considered a visit to the Killing Fields and the Genocide Museum to cheer myself up.

Instead I took a cyclo / pedi-cab tour around the centre, and wore my driver out. The inequalities of wealth were plain to see in this corrupt country, as cyclos and battered old motorbikes vied for road space with gangster’s Mercedes with blacked out windows.

I took a walk around Wat Phnom (below) where wild monkeys roam – don’t I look happy!

I’ve only just recovered from the traumatic experience that was my holiday in Cambodia. To this day, if someone tells me they love Cambodia I think either:

a) they’re a paedophile; or
b) we’re probably not going to get on.