Whenever I go to Cornwall, I stick to the north coast, which has better beaches and a more dramatic coastline. The downside to this is that it can get battered by storm-force winds from the Atlantic. Last time I was down there, I took refuge from the gales by visiting the dark-side – Fowey in South Cornwall.

First things first, don’t do what I did and pronounce Fowey in two syllables. It may seem strange for upcountry outsiders (locals call us ‘Emmets’), but put your best Cornish accent on and call it Foy. As the tourist board says, it rhymes with joy. 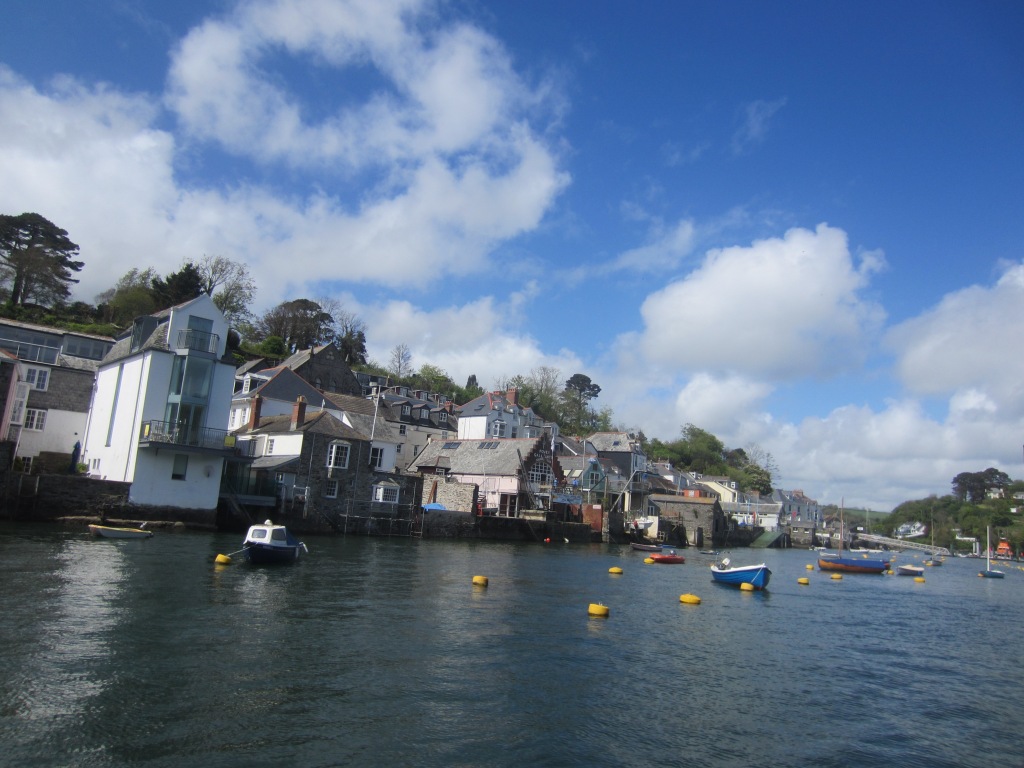 Fowey is one of the prettiest seaside towns you will find in England – it’s at the mouth of the River Fowey which has a wide estuary on the English Channel.

Leave your car at the main pay and display car-park at the top of the hill, and then either walk down or get one of the regular minibus shuttles to the town centre. If you walk, you’ll need a cake boost – The Dwelling House traditional tea rooms on Fore Street is just what the doctor ordered.

I can highly recommend the sticky ginger cake and clotted cream, washed down with a pot of Cornish Tregothnan tea.

The whitewashed village of Polruan faces Fowey across the River Fowey estuary.

Covered fishing boats bob in the water between Fowey and Polruan.

The ‘water taxi’ crosses the estuary from Easter to September for £2.50 one way/£4 return. 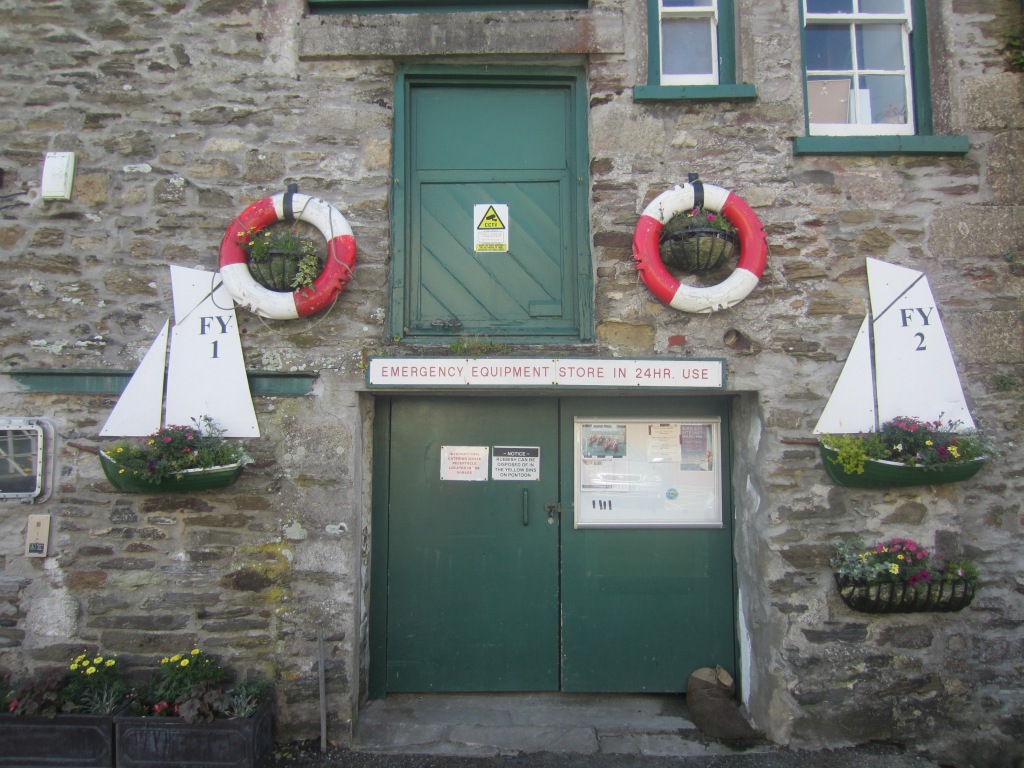 There are some cracking decorated doors in Fowey. This one was one of my favourites.

I’m actually on the lookout for a new front door for my house – reckon this one would look good in Coventry?

There are a handful of decent boozers in Fowey, like The Ship Inn on Trafalgar Square… 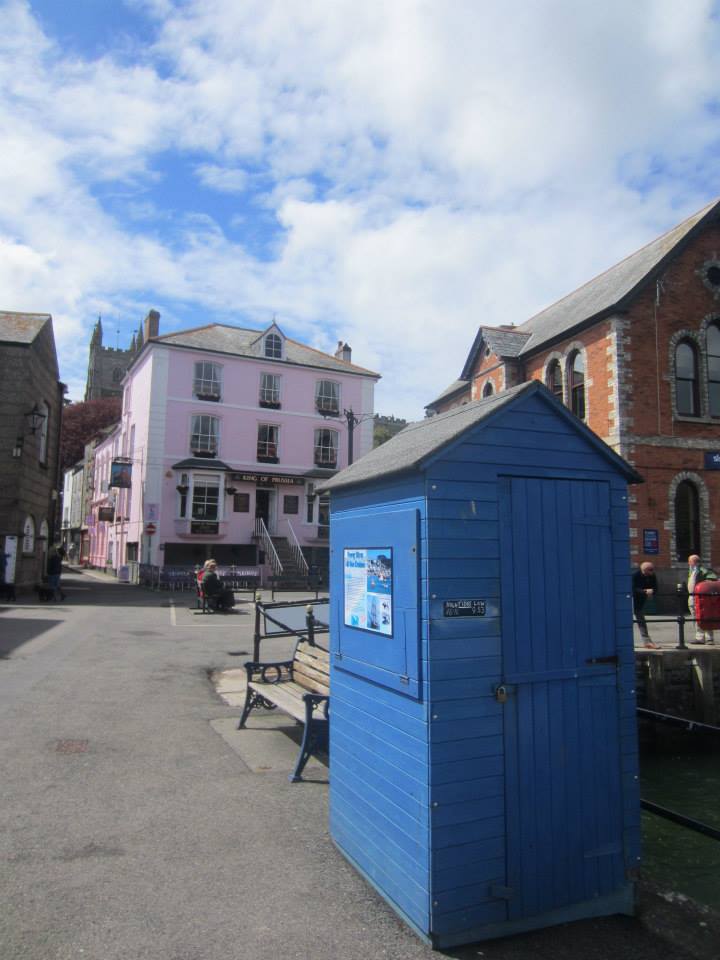 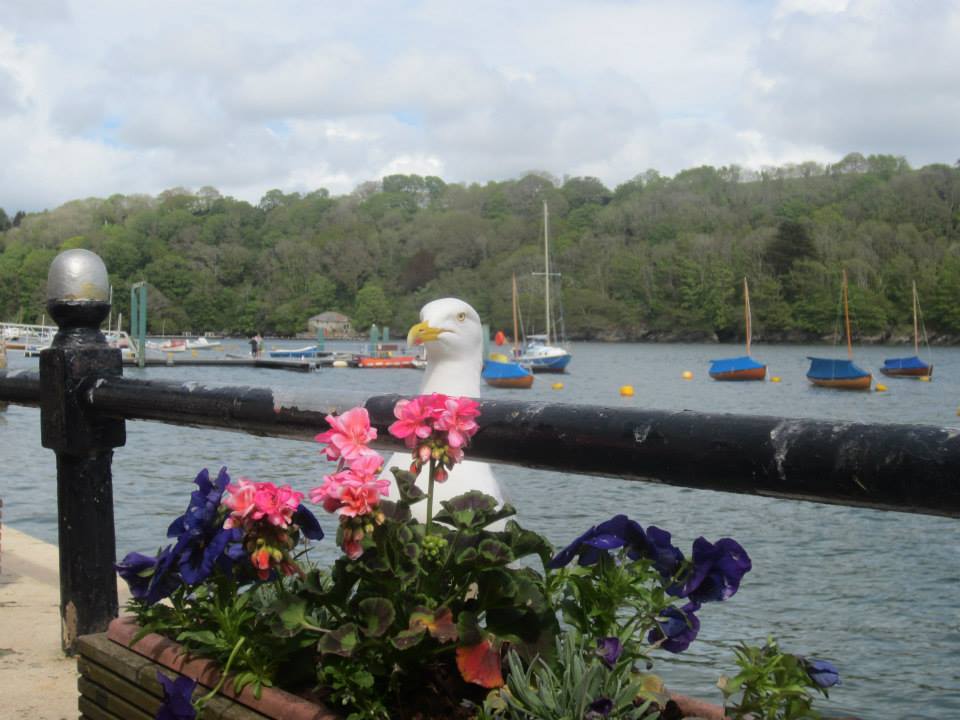 But we had a swift half on the terrace of The Galleon Inn overlooking the harbour, and had to brave the nosy seagulls.