The crazy weather of Iceland

The weather in Iceland is crazily changeable, as these photos of Reykjavik’s Sun Voyager sculpture (taken within two hours) show.

On our first morning in Iceland’s capital, Reykjavik, the weather was absolutely disgusting as we left our hotel for a walk around town. If this was in England, the whole day would have been written-off as a duvet-day. In heavy rain, we headed for the seafront, where I had heard good things about a sculpture of a boat called the Sun Voyager (Sólfar in Icelandic). It was unveiled in 1990 to celebrate the city’s 200th anniversary. It was a pretty hazardous walk there along an icy pavement parallel to a fairly busy main road (Sæbraut).

I remembered seeing photos of the Sun Voyager with snow-capped mountains on the other side of the bay as a backdrop, but as you can see from the photo below these mountains were nowhere to be seen as the wind and rain rolled in from the North Atlantic.

We popped into a café to dry off and thaw out with a hot chocolate each, before venturing back out in brilliant sunshine. We had brought hats, gloves and scarves with us but didn’t consider bringing the one thing we needed right now – sunglasses.

But within seconds of taking the picture above, black clouds appeared before a snow blizzard sent us scurrying back for shelter and more hot choccie. From sunglasses to snowshoes in five minutes.

There’s no doubting that Iceland in March is a cold place, but Reykjavik and the rest of the south west coast benefits from the warming effects of the Gulf Stream (allegedly). The temperature hovered around zero for most of our time there, although it felt a lot colder with the biting wind and the horizontal rain/sleet/hail/snow. Trips to see the Northern Lights were cancelled because of poor weather for four nights in a row, while we saw major snowfall on our tour of the country’s interior (there was so much, our coach got stuck in the stuff and had to be towed out). 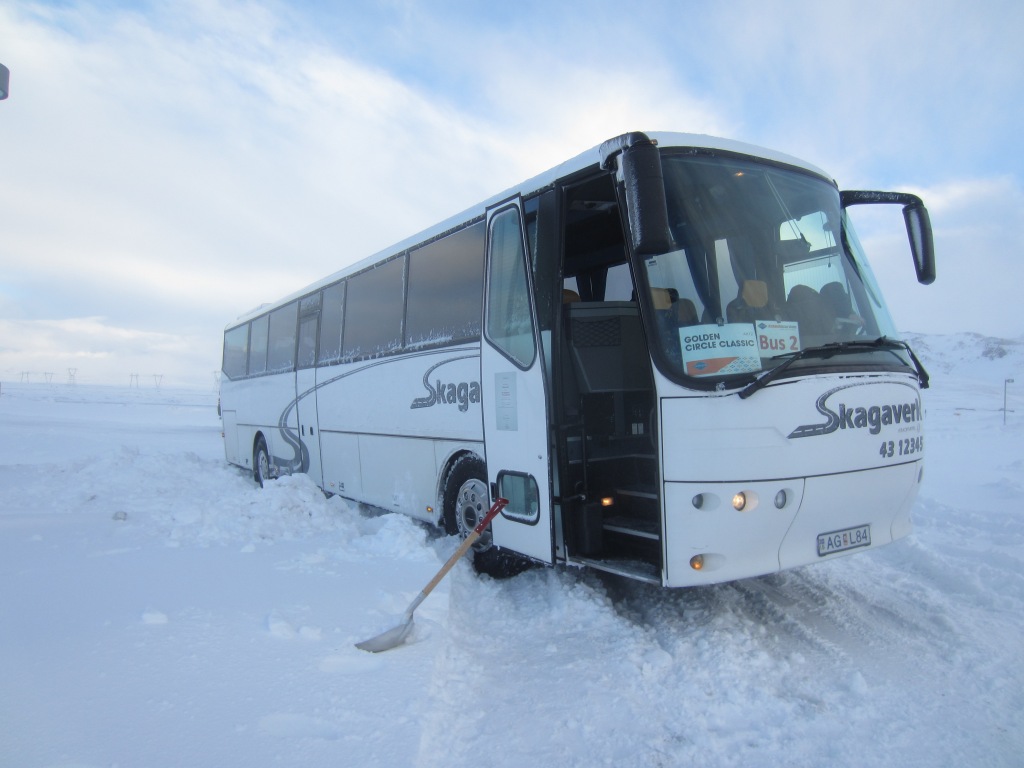 On our last day, we woke up to six inches of fresh new snow and a brilliant blue sky. We didn’t have time to head to the Sun Voyager for what could have been a great photo-shoot, although thinking about it by the time we’d have got there, I’m sure the snow would have melted and thunderclouds would have moved into place. 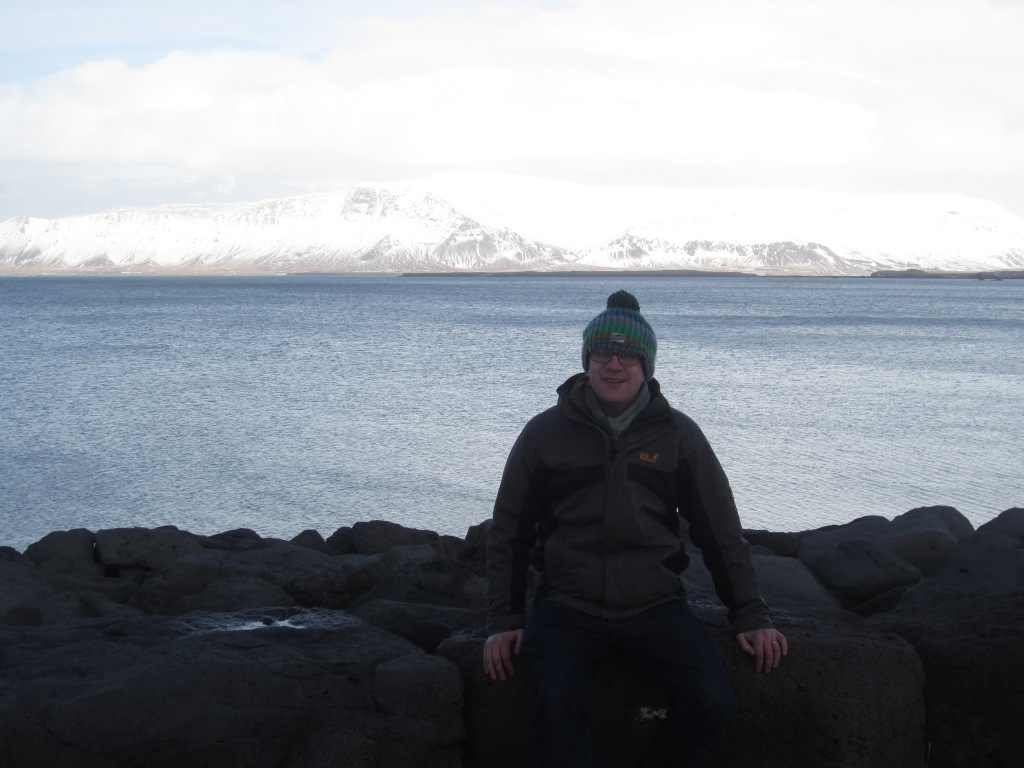 Sitting on the dock of the bay