For so long, my Saturday morning ritual involved lazing in bed recovering from the previous night, before typing up a blog post that I’d handwritten on the train to work that week. But now I’m up bright and early for the free weekly parkrun at Coventry’s War Memorial Park. What’s that all about?

Parkrun was first held in 2004 at Bushy Park in Teddington, but has now spread all over the UK and to the rest of the world – there were 855 parkrun events this weekend in countries such as Poland, New Zealand and South Africa.

Once you’ve registered and printed a barcode (which you get scanned at the finish line to get a time), you can join any parkrun you fancy. You can download the parkrun app, or opt to get your results sent to you by text an hour or so after the race – quite technical for a free service. 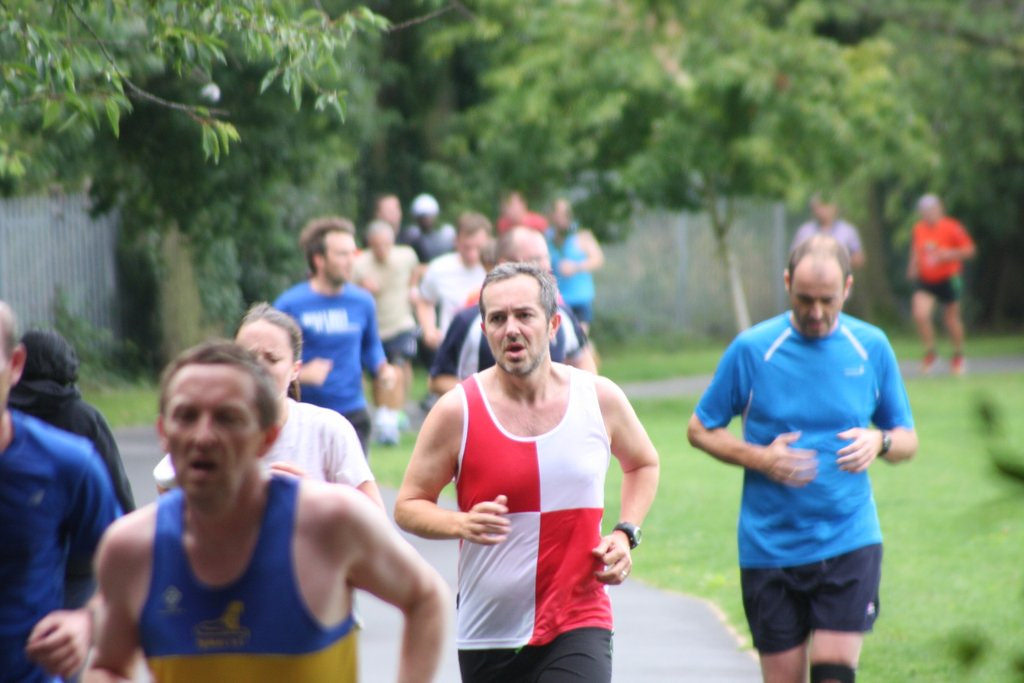 At 9am every Saturday morning, I make my way religiously to Coventry’s premier park to join in the 5km (3.1 miles) organised parkrun.

At the start-line, you see the same people each week:

Obviously, they all beat me although I am getting better. After my first attempt (which was, incidentally, the first time I’d run since PE at school), I was very nearly physically sick but was pleased and surprised that, with a time of 37:56, I was nowhere near last.

The race is two laps of the park, and I used to get lapped by the winner who usually finishes in around 17/18 minutes. But not anymore – I’ve been going for seven weeks in a row now, and have been knocking 30 seconds off my personal best each time. To put these figures into perspective, the men’s world record for 5km is 12:37, and the average parkrunner finishes in 29:07, so there’s room for improvement.

There was controversy recently when a council near Bristol said parkrun should pay towards ‘wear and tear’, leaving organisers in tears. A bit short-sighted, as it gets people active and must save on government initiatives to be fit and healthy. The news stories generated by this gave me the push to start running, so no news is bad news.

The Coventry parkrun has a large catchment area and attracts over 650 runners, so the first half a lap can be really congested. Maybe the organisers will have to think about charging people one day to reduce numbers, but even if this happens I’ll still be going.

All photos unmodified and taken from Ian ODonnell’s Flickr page.